The Adjunct Project seeks to empower GC student-workers by serving as a resource to:

While the Adjunct Project seeks to help graduate student-workers address their immediate labor issues, a long-term goal of the project is to create a new culture at the Graduate Center that challenges the individualistic, atomized, competitive atmosphere of academia. We are also acutely aware of the ways that workers are exploited based on their race, their class, their gender identity and presentation, their ability, their sexuality, their immigration status and nationality, and the dispossession of their lands and neighborhoods through processes of settler colonialism and gentrification. We work diligently to center these contradictions, work against them, and to expose their invisibility in the larger labor movement in order to transform how our labor power is understood and used.

By working together to improve our collective position as student-workers at CUNY we can promote a culture that emphasizes a different set of values, replacing the academic culture of competitive individualism with one of support and solidarity.

To stay connected with the Adjunct Project’s current initiatives, sign up below to be informed about updates to our website and upcoming events! 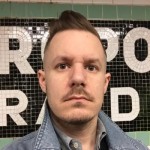 Sean M. Kennedy is a PhD candidate in English at the CUNY Graduate Center. He previously earned an MFA in fiction from Rutgers University, Newark, where he taught in the writing program and the English department, and his BA, from the University of Virginia, is in English and modern studies. Having previously taught at CUNY’s Medgar Evers College, Lehman College, and the Borough of Manhattan Community College, he was a Writing Across the Curriculum (WAC) fellow at LaGuardia Community College in 2016-2017 and is a WAC fellow at York College for 2017-2018. His academic work focuses on questions of global politics, political economy, and social struggle. For more info, visit his website or Twitter. 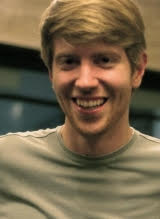 Sheehan Moore is a PhD student in CUNY Graduate Center’s anthropology department. He completed his BA at McGill University in 2013 and organized casual university workers in Montreal before coming to New York in 2015. His research focuses on precarious labor organizing, with attention to queer, anti-racist, and anti-colonial projects. 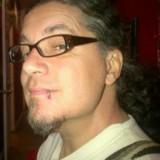 Rafael A. Mutis Garcia is an immigrant from Colombia living and working in the U.S. Over the years, he has worked in community & academic settings against the targeting and in defense of poor & working class communities of color, immigrant communities, women & LGBT people. Rafael has worked with communities throughout the U.S, in Central and South America and in the Caribbean. Rafael coordinated the work of the 7 Neighborhood Action Partnership (SNAP) of JusticeWorks Community with targeted families & communities against the Rockefeller Drug Laws, the war on drugs, and the prison industrial complex from 2004 to 2010, when he was laid off thanks to Wall Street. He is part of the Brooklyn 7 who defeated the NYPD from November 16, 2003 to March 23, 2006. Rafael is a long time resident of El Barrio/Spanish Harlem. Since 2012, Rafael has been studying in the doctoral program in the Earth & Environmental Sciences program with a focus on Geography at the CUNY Graduate Center. Through this work, Rafael has focused on the relationships between people and the rest of nature toward more sustainability for all, with a particular focus on alternatives to racial capitalism. Rafael’s dissertation project is working with Afro and Indigenous communities in southwestern Colombia to understand their ethnobotanies as ways to construct more harmonious worlds, within the context of violent neoliberalism. As an adjunct professor, Rafael has long understood the issues facing this most marginalized, and contingent though centrally key workers in academia. 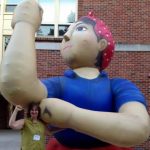 Lynne Turner is a PhD student in Sociology at the CUNY Graduate Center with interests in Labor Movements, Social Movements, the American Class System, and Political Sociology.  Prior to her studies at the Graduate Center, Lynne worked for two decades as an organizing director, researcher and educator in several labor and labor-community organizations, including SEIU’s Justice for Janitors, Jobs with Justice, UNITE HERE and New Jersey Communities United, organizing low-wage workers and building labor, community and global partnerships for economic justice. She was also an activist within the global justice and antiwar movements. Her research on SEIU’s Fight for a Fair Economy appears in “New Labor in New York: Precarious Workers and the Future of the Labor Movement” edited by Ruth Milkman and Ed Ott. Lynne also holds a M.A. in Labor Studies from CUNY’s Murphy Institute for Worker Education and Labor Studies and teaches as an adjunct lecturer for the Murphy Institute and Hunter College. She is jazzed to be engaging the fight to end adjunct poverty and precarity at CUNY, towards a just contract in 2017 and for across the board parity for all CUNY faculty within a larger vision of a just university.

Join our listserv by sending an email to LISTSERV@GC.LISTSERV.CUNY.EDU with SUBSCRIBE ADJUNCT-L in the body of the email.

One thought on “ABOUT US”